More than a month ago, Kamil Al Awadhi, vice president for Africa and the Middle East of the International Air Transport Association (IATA), converged with journalists in Doha, Qatar, during the 78th Annual General Meeting and World Air Transport Summit.

Al Awadhi’s simple task was to brief the press on the economic positioning of the global aviation sector and other key issues essential to the association’s objectives.

Put simply: foreign airlines are unable to repatriate about $450 million in revenue.

Al Awadhi said that in April, a total of $1.6 billion in funds was blocked by 20 countries around the world, 67% of which was blocked in 12 African countries.

But the amount locked up in Nigeria, a country currently facing a shortage of foreign exchange (FX) and a dwindling reserve, is the highest in Africa.

“Nigeria alone is withholding $450 million. This is the most amount blocked by a single African country, and the amount is increasing every week,” Al Awadhi had complained.

“Cash flow is critical to the sustainability of airline operations. When airlines are unable to repatriate their funds, it severely hampers their operations and limits the number of markets they can serve.

More frustrating for Al Awadhi, attempts to recover funds have come up against a lot of walls.

In fact, talks with Nigerian officials to release the funds have been a “rocky ride”, Al Awadhi said.

He warned that the authorities’ stance could lead to reduced air connectivity and possibly make Nigeria unpalatable for investors.

“The consequences of reduced air connectivity include the erosion of this country’s competitiveness, a decline in investor confidence and reputational damage caused by the perception that this is a high-risk location. to do business,” he added.

Barely a month after the air travel summit ended, Al Awadhi’s predictions of some consequences are already manifesting and scapegoating travelers and travel agents.

Last week, Emirates Airlines, the national airline of the United Arab Emirates (UAE), said this would reduce flight operations to Nigeria due to the inability to repatriate approximately $85 million in revenue.

“We had no choice but to take this action, to mitigate the continued losses suffered by Emirates due to the blockage of funds in Nigeria,” the airline said in a recent statement.

“As of July 2022, Emirates had $85 million in funds awaiting repatriation from Nigeria. This figure has increased by more than US$10 million each month as the ongoing operational costs of our 11 weekly flights to Lagos and 5 to Abuja continue to mount.

A travel agent at Muritala Muhammad International Airport in Lagos told TheCable that news of the federal government’s refusal to allow access to the sum is leading to an increase in airline restrictions on tickets from the Nigeria.

He said routes from outside Nigeria, such as Aberdeen to Lagos or New York to Abuja, could face restrictions.

“Several airlines no longer allow Nigerian agents to issue such tickets, so we may be limited in the range of airlines we can offer…we believe restrictions will be in place for some time,” he said. he declared.

The source also said there are now booking class restrictions, explaining that some airlines have “significantly restricted the classes that can be sold to allow them to collect more naira per seat to compensate for currency exchange issues.”

Confirming the development, Susan Akporiaye, president of the National Association of Travel Agencies of Nigeria (NANTA), said the restrictions, mainly on the type of tickets sold, are affecting travel agencies. 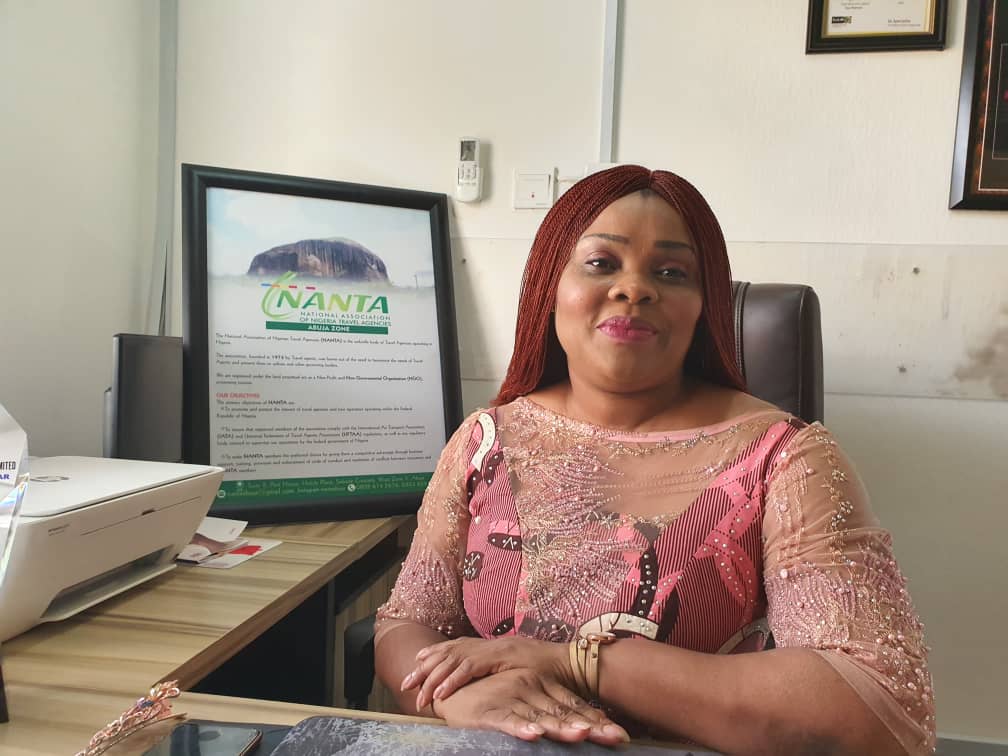 Susan Akporiaye, President of the National Association of Travel Agencies of Nigeria (NANTA).

“We can no longer sell tickets whose point of origin is not Nigeria – UK or US to Nigeria – for example,” she said.

“We cannot sell the cheap tickets for some airlines as they have been removed from the system. We cannot sell tickets that (sic) do not touch Nigeria, for example, London to Washington back to London.

Akporiaye told TheCable that some airlines have removed lower inventory from the system. This means that in the economy cabin, for example, prices ranging from N500,000 downwards have been removed, leaving Nigerians with “the highest inventory [which] is around 1.8 million naira”.

According to her, the airlines have stopped selling the lower stocks because they make losses if they have to go to the parallel market to obtain dollars to finance operations.

“The higher inventory is what would allow them to break even and still have a bit of a gap to be able to pay their staff,” Akporiaye said.

The combined action of restricted tickets and reservation classes has put pressure on travelers’ budgets. Several agents said they were left with only the highest fare in a cabin, with the lower ones removed.

Moreover, since people would always want to travel to any part of the world, travel agents in Nigeria would have to procure these tickets from colleagues outside Nigeria on behalf of clients.

The development makes the notes more expensive since they are domiciled in dollars or in the currency of this market.

Weighing in on the matter, Sindy Foster, senior managing partner at Avaero Capital Partners, said the situation had a serious impact on everyone involved: foreign airlines, travel agents and passengers.

Foster argues that the removal of cheaper tickets from airline inventory has sparked paltry sales for agents and is forcing people to change their travel plans.

“A lot of people have been forced to take indirect routes because those are cheaper and to switch from premium to economy classes,” Foster said.

But the country itself is not immune to the boomerang effect of the refusal to repatriate funds. Travel agencies buy tickets in other markets for their customers, so Nigeria loses revenue from ticket sales.

“The revenue for us as a travel agency won’t come back to us either. It will go to our other colleagues in other parts of the world, who will handle those tickets for us. You know the airlines pay always local taxes to the Nigerian government,” Akporiaye explained.

“If they’re supposed to pay tax on a million tickets a month, because of this restriction, they’ll probably only pay on 500,000. So the government lost the revenue of 500,000 tickets. It is therefore a loss for the Nigerian government.

For Foster, this does not bode well for the country as it comes at a time when Nigeria is seeking foreign investment, especially in the aviation sector.
“It sends the wrong signals,” she said. 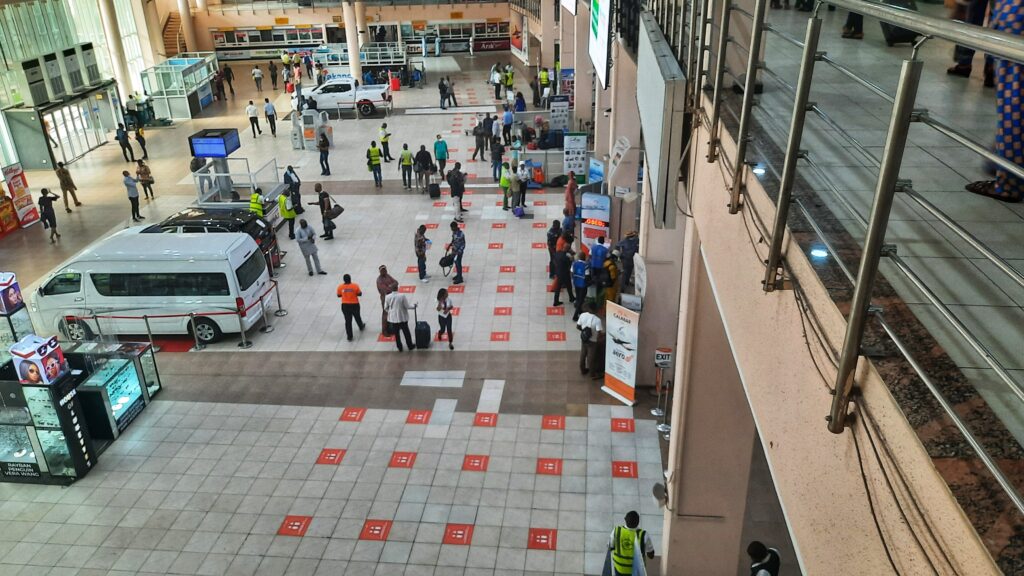 BREACH OF AN INTERNATIONAL AGREEMENT

In October 2019, when Nigeria signed one of these agreements with India, the number of BASAs the country is a signatory to hit 92.

The BASA, among other provisions, allows airlines to repatriate their revenues to their country.

Article 15 of this agreement, entitled “Transfer of income”, stipulates that; “Each designated airline is entitled to local revenue at the request of its country in excess of the sums disbursed locally. Conversion and remittance are authorized without delay in accordance with the exchange regulations in force”.

Aviation experts say the government is violating BASA agreements by not allowing airlines to access the funds.

“Part of the BASA deal is that they should be allowed to repatriate their funds to their own country. And it’s not done right now. So it is a violation,” Akporiaye said.

Akporiaye, however, noted that this was not an intentional breach as the situation would be caused by the shortage of foreign currency.

“That’s why no one is suing Nigeria for this,” she added.

Acknowledging the provisions of the agreement vis-à-vis repatriation, Foster noted that while the existence of BASA gives airlines the right; if the country does not have the foreign currency to cover the duty, the airlines can do nothing “other than adjust their operations to take this into account”.

Speaking to TheCable via text message, Sam Adurogboye, spokesperson for the Nigeria Civil Aviation Authority (NCAA), pleaded with the government to help airlines repatriate the funds.

“We can only plead with FG and CBN to help them repatriate their funds,” he said.

The Federal Ministry of Finance and the Central Bank of Nigeria (CBN) did not respond to requests for comment on the matter.