In 2017, Tiffany Nasralla joined iOne Digital as Vice President of Business Development. The following year, Nasralla was promoted to senior vice president of sales and revenue operations, where she oversaw sales, revenue operations, and business development. In 2019, Nasralla was responsible for the entire sales force of iOne Digital, where she led the division to profitability with mid-double-digit year-over-year revenue growth and growth EBITDA of $17.5 million in 2021. Nasralla has a well-deserved track record for exceeding revenue and gross margin targets while building, leading and coaching high-performing sales teams.

Sam Stiers, Managing Director and Executive Vice President of iOne Digital, said, “I am delighted to announce the promotion of Tiffany Nasralla to Chief Revenue Officer of iOne Digital. Tiffany’s leadership, drive and ability to collaborate with customers and internal stakeholders propelled Urban One’s digital revenue growth. It’s no coincidence that as it has expanded its responsibilities, the company has increased its digital revenue. She’s built a top-notch team that has taken the business to new heights, and I’m excited to see how she’ll continue to grow revenue and the business in her new role.”

“I’m honored and grateful for this recognition and I’m truly proud of our entire iOne Digital team. I’m thrilled to see brands and media agencies delivering on their promises and commitments to black-owned media by showing up in a big way. and giving influential black consumers their much-needed attention and respect. While there’s still a long way to go, I’m glad to see movement,” Nasralla said. “I look forward to continuing to leverage the positive momentum we have created, to work with the best talent in the industry and to collaborate with our brand and agency partners to accelerate their business efforts by creating impactful value and results. Thank you, Cathy Hughes, Alfred Liggins and Sam Stiers, for your continued support and leadership.”

UrbanOne, Inc. (urban1.com), together with its subsidiaries, is the largest diverse media company that primarily targets Black Americans and urban consumers in the United States. The Company owns TV One, LLC (tvone.tv), a television network serving more than 46 million homes and Cleo TV, its sister network with a reach of nearly 41 million households. As of March 31, 2021, we owned and/or operated 64 independent-format revenue-generating broadcast stations (including 54 FM or AM stations, 8 HD stations and the 2 low-power TV stations we operate) under the “Radio One” in 13 urban markets in the United States. Thanks to its majority stake in Reach Media, Inc.. (blackamericaweb.com), the Company also operates syndicated programming, including the Rickey Smiley Morning Show, the Russ Parr Morning Show and the DL Hughley Show. In addition to its radio and television broadcasting assets, Urban One owns iOne Digital (ionedigital.com), our 100% owned digital platform serving the African American community through social content, news, information and entertainment websites, including its digital platforms and brands Cassius, Bossip , HipHopWired and Madame Noire. We also invested in a minority stake in MGM National Harbor, a gaming center located in Prince George’s County, Maryland. Through our national media operations, we provide advertisers with a unique and powerful delivery mechanism to African American and urban audiences. 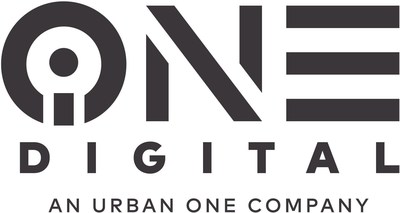